Green tea is made from the leaves and buds of Camellia synensis, which have not undergone the drying and oxidation process used to make oolong and black teas.

Green tea originates in China, but its production and manufacture has spread to other countries in East Asia.

There are several varieties of green tea, which differ significantly based on the variety of variety used, growing conditions, gardening methods, processing and harvesting time.

There are significant studies on the many health benefits of regular consumption of green tea. One of them is  weight loss!

We will return to the topic of weight loss, but let’s first see the other benefits of  drinking green tea.

Some studies show that the catechin compounds in green tea can have different protective effects on neurons, thus likely reducing the risk of dementia.

In recent decades, the incidence of type 2 diabetes has increased. Type 2 diabetes includes elevated blood sugar levels, which can be caused by  insulin resistance or inability to produce insulin.

Studies show that green tea can improve insulin sensitivity and lower blood sugar levels. Japanese researchers found that those who drank the most green tea had approximately 42% lower risk of type 2 diabetes. According to a review of 7 studies with a total of 286,701 individuals, tea drinkers had 18% more low risk of diabetes.

There are hundreds of studies examining the effect of green tea on cancer, mainly as a preventative. However, it can potentially be used as a drug to treat cancer. Many studies support the belief that the  catechins  (antioxidants, also known as flavonoids) found in green tea can prevent tumor formation.

Studies have also been conducted on specific types of cancer:

A 2015 study found that a compound in the drink combined with the drug Herceptin could be used to treat stomach and breast cancer. In addition, a meta-analysis of studies found that women who drank a lot of green tea have a 22% lower risk of developing the most common breast cancer in women.

It has been found that men who drink a lot of green tea are 48% less likely to develop  prostate cancer.

A study of more than 69,000 women in China found that people who drank green tea regularly had a 57% lower risk of colorectal cancer,  which can form in the colon, rectum or intestines.

According to scientists, green tea acts on the lining of blood vessels,  helping them stay healthy and better withstand changes in blood pressure. It can also stop the formation of clots, which are the main cause of heart attacks.

How green tea can help you lose weight

One of the elements in green tea is caffeine. Although  a cup of green tea contains much less caffeine  (24-40 mg) than a cup of coffee (100-200 mg), it still contains enough to have a mild effect.

Caffeine is a well-known stimulant that has been found to help burn fat. Additionally, green tea has a huge antioxidant content. Studies show that drinking a cup of green tea increases the amount of antioxidants in the blood.

The body constantly burns calories.  Even when you sleep or sit, your cells perform millions of functions that require energy.

It is believed that taking green tea extract or supplements can cause the body to burn more calories, even during sleep! Although most of these studies are very short-lived, some evidence suggests that the metabolic-stimulating effect is long-term.

In a study of 60 obese patients, those who took green tea extract lost 3 kg and burned 183 more calories a day after three months than those who did not take the extract. However, not all studies show that green tea extract boosts metabolism. The effect depends entirely on the individual.

When it comes to actual weight loss, green tea is relatively modest. Although many studies show that there are people who lose weight, they are not many. Two well-controlled studies on green tea supplements found that participants lost an average of about 3 pounds of weight.

Keep in mind that  not all fats are the same.

Studies on catechins in green tea show that although it is not a particularly strong weight loss agent, a significant percentage of fat lost is precisely the harmful visceral fat. That is why green tea reduces the risk of many basic diseases, which in itself can lead to a longer and healthier life.

The green tea diet essentially consists of drinking  at least 4 cups of green tea every day.  It does not limit your food choices, so you can consume your usual food. Keep in mind that the best dietary results are achieved by combining a healthy diet with an exercise regimen.

You can drink it  hot or cold.  As mentioned above, green tea contains a small amount of caffeine, which can help you feel more alert. Antioxidants and vitamins will also help you restart your immune system.

Your second cup of green tea comes just before breakfast.  The theory is that if your stomach is full of green tea, you will consume fewer calories. Green tea also contains chemical compounds that signal the need for fat stores to be converted into energy. Eating a glass before each meal  helps digestion and fat burning.

Your diet does not limit you to drinking more than four cups of green tea a day, but still, keep in mind that the recommended dose is a maximum of 5 or 6 cups a day.

Side effects from green tea consumption

It is a diuretic

Green tea has  diuretic properties and can cause dehydration if consumed in large quantities. Remember to drink equal amounts of water throughout the day to avoid this side effect.

Although green tea contains small amounts of caffeine,  it can cause sensitivity in certain people. Drinking green tea after dinner or at bedtime can lead to restless sleep or insomnia. Drink your last cup of green tea just before dinner. Try to eat dinner at least 2 or 3 hours before bedtime to get a good night’s sleep.

Drinking large amounts of green tea can cause stomach irritation in certain people. This side effect tends to intensify when people also consume coffee. Try to drink less coffee than normal if you are on a green tea diet. You can also drink green tea after or during a meal, but not before, if this helps to minimize discomfort.

However, vitamin C increases the absorption of iron, so you can squeeze half a lemon into your tea or consume other foods rich in vitamin C, such as peas, broccoli and tomatoes. If you have  iron deficiency / anemia /, we recommend drinking tea between meals.

Drinking this powerful tea can help you lose weight fast when combined with traditional weight loss techniques.  Increase levels of physical activity and combine them with drinking green tea and a healthy diet.

2020-06-25
Previous Post: Weight loss and detox – together or separately?
Next Post: The oldest methods of detoxification of the body from our ancestors 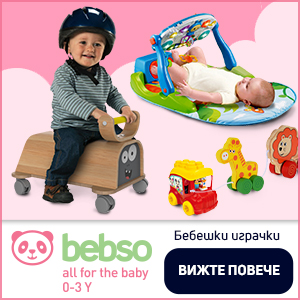