info@luckyfit.eu
LuckyFit » Weight Loss » A LITTLE BUT EFFECTIVELY – HOW TO LOSE WEIGHT BY MAKING INVISIBLE CHANGES

Very often, one wants the change to happen in a moment, but sustainable results require persistence. In order to be able to integrate positive changes into your daily routine, take small steps and not cardinal changes that completely transform your everyday life. This way, you can maintain a steady rhythm of change in the desired direction, and if it comes to losing weight and eating — you will not be deprived of your favorite treats and beverages or overload yourself physically.

In this article we will introduce some minor changes in the menu that over time will give results for your nice figure.

The first step is a one-unit reduction of the foods and beverages that help you accumulate the extra weight. Instead of two glasses of wine, drink one; instead of two pieces of cake, eat one. In this sense, do not be afraid of the dessert, for example, but let it be really… a dessert, not a major part of the daily meals.

The second step is to avoid eating when you do not feel hungry, especially after dinner, because then metabolic processes slow down. When you eat, stop when you feel saturated in grade 5 or 6 on a scale of 1 to 10, especially if you eat faster.

In all probability, you will feel a few degrees fuller after a while, as it takes about 20 minutes from the start of the meal to release the hormones that signal the brain for satiety.

The third step is to replace  unhealthy and high-calorie intermediate meals with fruits as well as adding more citrus fruits to your menu. They are rich in vitamin C which can also help us lose weight.

Studies show that if we have a deficiency of this vitamin, our it is more difficult for our body to burn excess fat. Thus, vitamin C deficiency, as well as deficiency of other micronutrients such as zinc, magnesium and vitamin E, are risk factors for a higher percentage of subcutaneous fat.

Another step towards a leaner figure is the consumption of more water and tea (instead of other non-alcoholic beverages and in general). White tea is one of the slimming tea experts. To obtain white tea, the same leaves are used as in green and black tea, but with minimal processing. Thus, white tea is the purest form of a highly antioxidant tea that helps to burn fat and prevent the accumulation of new kilograms.

Even one cup of tea per day can have an effect of suppressing the appetite and stimulating metabolism. Green tea contains the same type of antioxidant and caffeine which is a powerful combination for losing and maintaining the lost and weight maintenance according to a review of 11 scientific studies.  Green tea has less caffeine than black tea, making it a good assistant in everyday life.

You can make tea for the whole day that you can carry in a small thermos (500 mL) without worrying that drinking it will have an effect on your sleep. Mate tea which is made from pulverized leaves of green tea in turn contains 137 times more of the antioxidant that stimulates metabolism, compared to green tea in the form of leaves.

Another recommendation is the yerba mate tea which lowers blood sugar (and may be a substitute for coffee as it contains caffeine) and oolong tea which is proven to help break down fat.

But let’s go back to our latitudes and see what herbs we have that can help us fight extra weight. Mint tea and, in particular, its aroma suppress appetite. According to a study, smelling the aroma of mint tea every 2 hours for 5 days weekly reduces significantly the intake of calories and sugar.

Chamomile tea and fennel tea soothe the nervous system and prepare us for a full night’s sleep which plays a key role in weight loss. Fennel tea has also a proven effect in preventing weight gain. And the last one in the list, but not the last of the most important is ginger tea which has many benefits for the health and figure and which is used in the Ayurvedic system.

Take these first steps to a better health and figure with LuckyFit’s fast and healthy weight loss program without starving in Bansko! 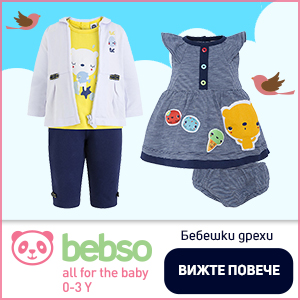